Stanger Health Care Centers are open with normal business hours. Our health and well-being are of utmost importance and we’re doing everything we can to make sure our employees, patients and friends stay safe and healthy during this time. 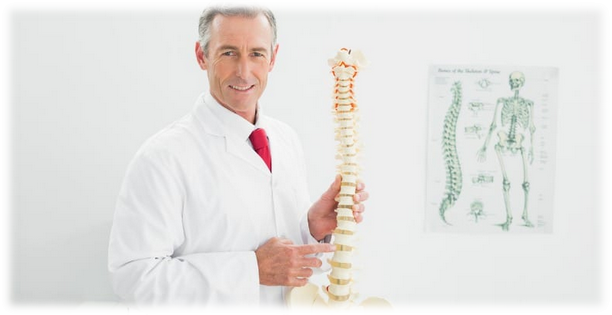 Doctors of Chiropractic offer a non-surgical, treatment protocol for both acute and chronic low back pain (LBP), as do several other healthcare delivery systems. However, due to patient preference and a rising concern for potentially harmful side-effects, many LBP patients seek management strategies that offer a natural, non-pharmaceutical approach, of which chiropractic is the most commonly sought after practitioner-type. So what evidence is there regarding the benefits of chiropractic vs. other forms of care in managing LBP and its associated pain-related functional loss?

A 2018 study published in the online Journal of the American Medical Association focused directly on this question by comparing patient outcomes of those receiving usual medical care to a second group of patients that also received chiropractic care.

Data was collected at three sites—two large military medical centers and one smaller hospital at a military training site—over the 3.5-year time period. Eligible participants included active duty United States service members between 18 and 50 years in age who were diagnosed with mechanical low back pain.

Patients in each group received usual medical care for six weeks that included self-care, medications, physical therapy, and pain clinic referral. Participants in one group also received chiropractic care that included spinal manipulative therapy in the low back and adjacent regions and additional therapeutic procedures such as rehabilitative exercise, cryotherapy, superficial heat, and other manual therapies.

Up to six weeks after the conclusion of care, the researchers reported that patients in the chiropractic group scored higher with respect to LBP intensity, disability, perceived improvement, satisfaction, and medication use. The researchers concluded that this trial clearly shows the need for chiropractic care for those suffering from LBP—reminding the reader that current LBP guidelines have embraced chiropractic care as a FIRST line of treatment for LBP.

This is not the first study to show the benefits of chiropractic care, as prior high-quality studies have reported higher patient satisfaction levels, less medication use, higher quality of life scores, and less LBP-related disability and recurrence rates for patients receiving chiropractic treatment vs. usual medical care. This article was published in a highly regarded medical journal (JAMA) and CLEARLY supports the need for chiropractic care in the management of LBP.

Stanger Health Care Centers offer a broad range of diagnostic and therapeutic services to assess, document and treat patients who have been injured in automobile, slip and fall, and work-related accidents.

STANGER  HEALTH CARE CENTERS ARE OPEN WITH NORMAL BUSINESS HOURS. OUR HEALTH AND WELL-BEING ARE OF UTMOST IMPORTANCE AND WE’RE DOING EVERYTHING WE CAN TO MAKE SURE OUR EMPLOYEES, PATIENTS AND FRIENDS STAY SAFE AND HEALTHY DURING THIS TIME.